Designed by architect Edwin Lutyens (1869-1944), this bench combines the traditional elegance of English furniture with a touch of Far Eastern exoticism due to its scalloped backrest evoking the pediments of certain Hindu temples. The unique silhouette and simplified forms of the Lancaster bench were designed by the architect Edwin Lutyens (1869-1944), who drew inspiration from Neo-Classical English furniture, itself influenced by India, and from Arts and Crafts furniture. The traditional elegance of English furniture is given an exotic touch by the curved back evoking the pediments on the facades of certain Hindu temples. 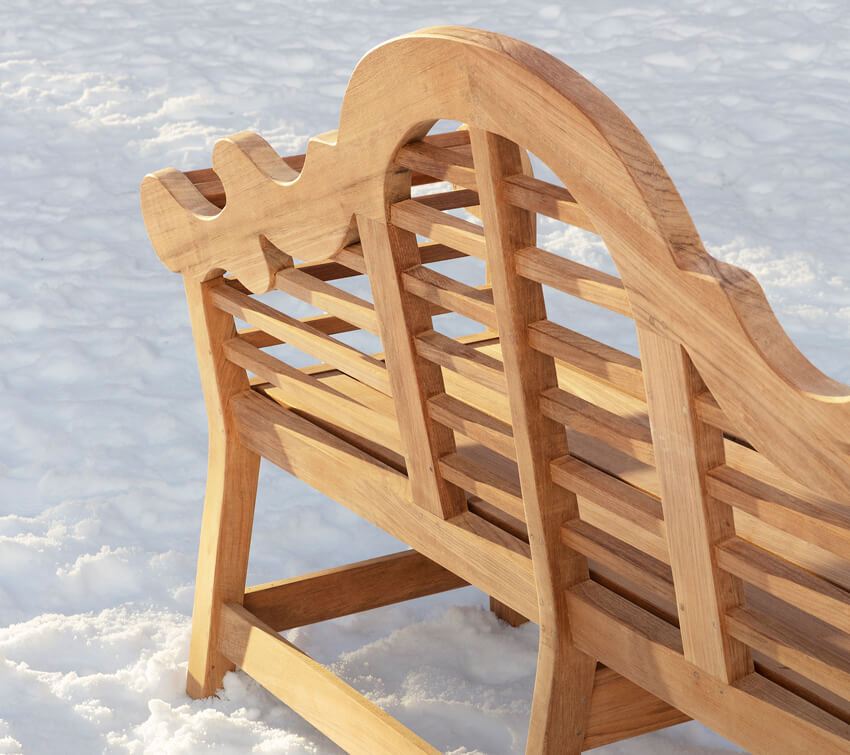 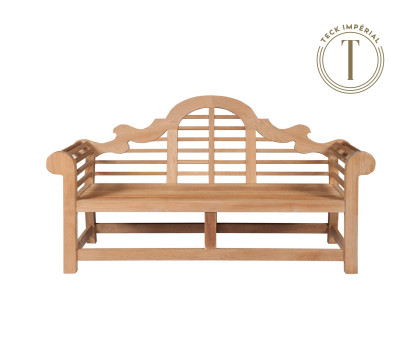