The extremely minimal design of Goa is a masterpiece of equilibrium that highlights the woodworking talent within Tectona. The lines, simple and obvious, intersect without jarring visually while also concealing the astute mechanism providing two reclining backrest positions. The sand colour of the seat and backrest cushions in combination with the natural teak colour sublimate the natural beauty of this now-emblematic collection. 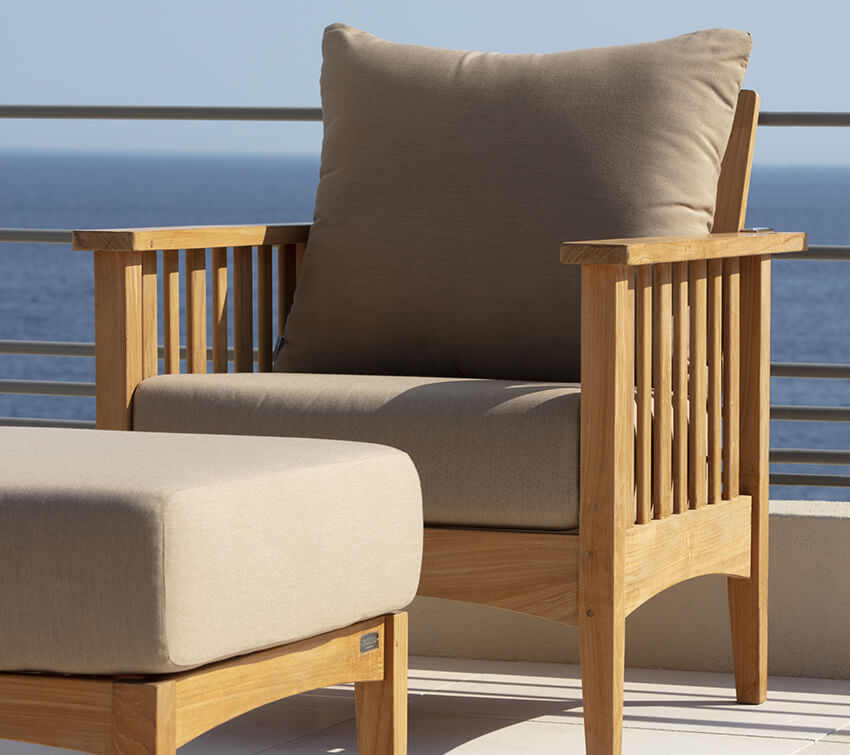 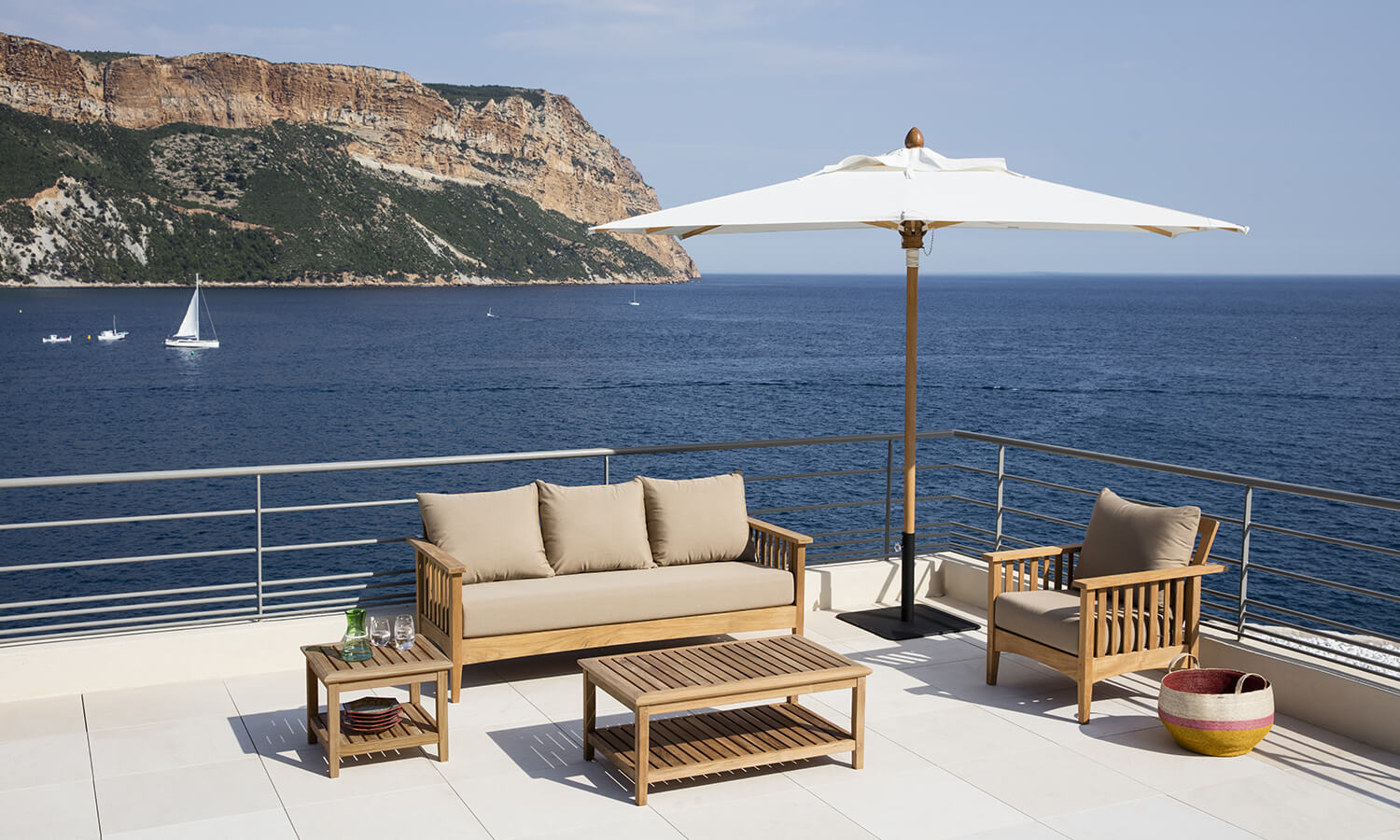 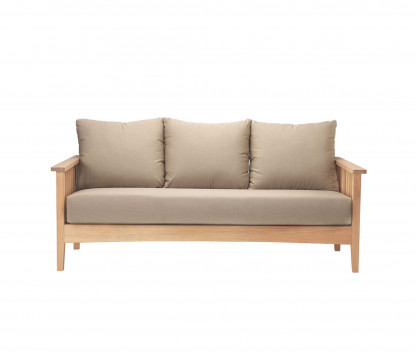 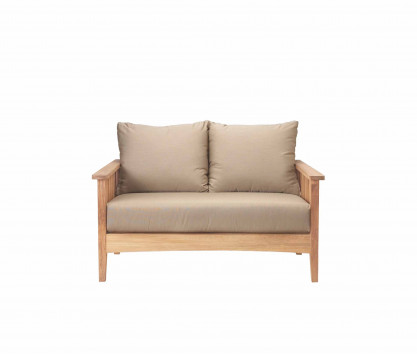 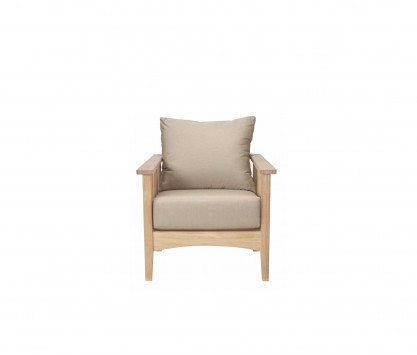 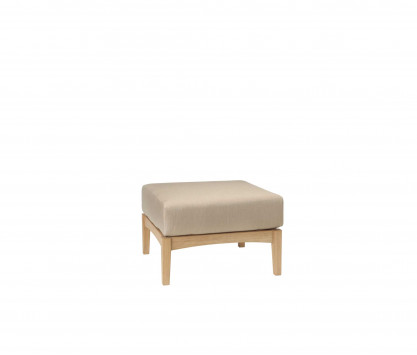